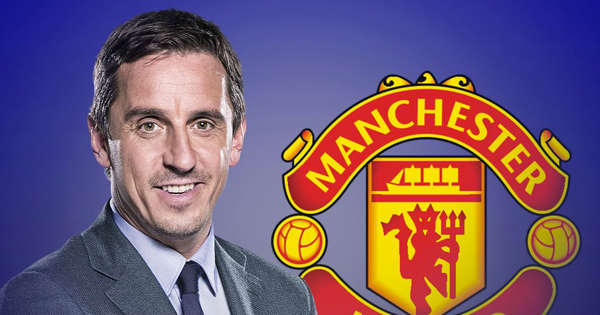 Manchester United thrashed 4-0 at Brentford in Erik ten Hag’s first away game; 13-time Premier League champions have now lost seven successive away games; “I’ve been watching United for 42 years and I can’t think of a moment where I’ve felt it was as bad,” Gary Neville tells Sky Sports

Gary Neville has described Manchester United’s performance in their shambolic 4-0 defeat at Brentford as like watching “men against U9s”.

The 13-time Premier League champions were humbled by the Bees as they recorded their seventh successive away defeat – a result that leaves new boss Erik Ten Hag with zero points, one goal scored and six goals conceded from his first two matches in charge.

United found themselves 4-0 down after less than 40 minutes, leaving Neville to tell Sky Sports: “I’m trying to think of one thing Manchester United have done well in the first half and I can’t think of one.

“I’ve been watching United for 42 years and I can’t think of a moment where I’ve felt it was as bad as it was in that first half.”

United were unable to launch any kind of a fightback in the second half in west London, after which Neville told the club’s fans: “If you thought it couldn’t get any lower, it just has.”

Richard Arnold, United’s chief executive, was in attendance at the Gtech Community Stadium, where some away fans displayed banners calling for the Glazer family to sell the club.

Neville accused the Americans of presiding over an “embedded rot” at Old Trafford, while he also took aim at United’s transfer business this summer.

Christian Eriksen was signed on a free transfer after he left Brentford, while Lisandro Martinez and Tyrell Malacia arrived from the Eredivisie, but United lost seven players this summer who were part of last season’s first-team squad.

“To not get the players in early – the quality of players, the number of players – that Ten Hag needed is baffling and difficult to forgive.

“It’s not a stalled market – teams have got their business done. Every club seems to have a plan and Manchester United’s seems to be, ‘let’s just look at the Dutch league or players that have worked under Ten Hag’.

“That is not a strategy – you can’t do that. That was 15 years ago. You’ve got to have players identified and the work’s been done with the agents.

Neville added: “We can make a judgment on the players, but Eriksen is new, Martinez is new and he found it difficult. Those other players – we’ve been telling their story for the past 12 months. I feel like we’re continually saying the same thing about the same people.

“United in the past have always answered the fans’ anger through money and spending in the transfer market. The problem is that now, no one wants to take their money. That’s a massive issue. They can’t spend the money.

“If you’re a player watching that performance in the first half, what are you thinking about coming to this club?

Asked about the anti-Glazer protests in the away end, Neville said: “The only decent thing about United is the fans and they’ve had enough.”

The statistics following Man Utd’s mauling at Brentford showed how much harder the winning side worked than their more illustrious opponents, with Thomas Frank’s team recording more sprints and pressures in the final third, as well as more overall distance covered.

In response, Neville said: “These players have proved across three different managers now that they don’t work as hard as the teams they’re playing against.

“How long have we been saying in football that hard work will beat talent when talent doesn’t work hard?

“That United team don’t run hard enough, they don’t run fast enough but they are absolutely drained of all confidence. They’re struggling badly and they have been for 12 months. They’ve not been helped and some will say they don’t deserve help – they need to help themselves.

“I get that but I’ve been in struggling teams before. I’ve been in teams that have been suffering and they need something. That’s got to come from above.

“But today was a new low. It seems continually that Manchester United can surpass their previous lows. When is the lowest low going to come?

“The reality of it is this is really, really bad.”

United are now without an away win in any competition since February and Neville said: “If you want to look for tell-tale signs that a team lacks personality and character, it’s away performances, how you deal with set pieces, it’s your running stats – Manchester United are miserable in all those areas.”

Neville tells fans: Don’t cross line with criticism
But while Neville was damning in his criticism of his former club, he urged United fans not to cross the line into abuse ahead of the side’s Premier League game away to Liverpool on Monday August 22, live on Sky Sports.

“You know the impact [these results] have when you play for Manchester United,” explained Neville. “I’ve spoken passionately about the club but there is a line.

“I know there are fans who have turned up at people’s houses or at the training ground and tried to break in. That cannot happen. Let’s be really clear – there has to be a line here.

“It’s going to be toxic in these next five, six or seven days before the Liverpool game but you cannot turn up at people’s houses, you cannot abuse people’s families. That should never happen and every Manchester United fan should know that line should never be crossed.

While Neville focused his criticism on the Glazers and players, Jamie Redknapp questioned a number of Ten Hag’s decisions ahead of his side’s visit to Brentford.

Speaking to Sky Sports, Redknapp said: “Somebody’s got to take responsibility. I cannot believe what I’m watching from this Man Utd team. It’s like a team that have got the Man Utd badge on that were just thrown out there. They don’t look like they’re showing any responsibility or any care.

“I think the manager’s making mistakes. Eriksen is not a defensive-midfield player and he’s playing him in that role today.

“Martinez is not strong enough as a central defender – he’s getting bullied. It just sums up Manchester United and those are two decisions the manager’s made.

“They didn’t show enough guts, enough character. I can’t imagine what the fans at home and the fans who have paid all that money to come here today must be thinking.”