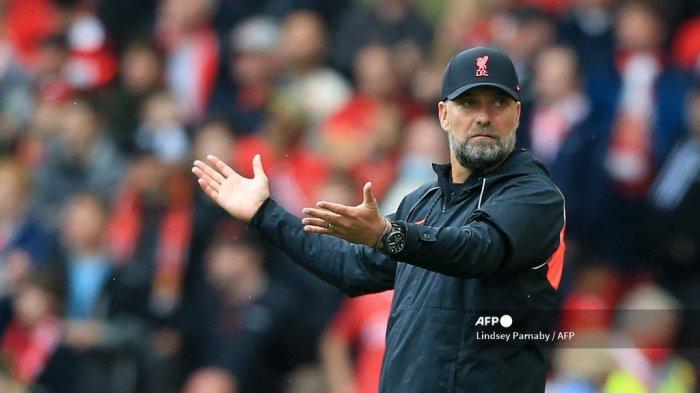 Jurgen Klopp just extended his tenure at Liverpool on Thursday (28/4/2022). The German manager is certain to be at Anfield until June 2024. Klopp’s contract actually still lasts until the end of the 2023/2024 season.

However, the Reds decided to award a new contract because the coach was considered successful in restoring Liverpool’s glory. This certainty removes fans’ concerns regarding Klopp’s future. The reason, a number of big clubs were reportedly tempted to use his services.

Jurgen Klopp’s contract extension does not seem to only have an impact on the fans. The 54-year-old manager considers his new deal to be an important aspect that is useful for binding Mohamed Salah to a new contract at Liverpool.

Read Also:Rangnick’s comments are a warning to Erik ten Hag

As is well known, Salah’s tenure at Liverpool will end in June 2023. The Reds certainly don’t want to lose their goalscoring machine on a free transfer. However, Salah has yet to seal a new contract with the club.

Reports earlier this month claimed the player was going through a lot. His discussions with Liverpool never progressed. The Egyptian player reportedly had asked for a salary increase. Unfortunately, the Premier League giants have not been able to meet these requirements.

Meanwhile, Salah is an important player in Jurgen Klopp’s squad. He was even rewarded with the 2021-22 FWA Player of the Year award for his impressive performances throughout this season. Salah is known to have scored 30 goals in all competitions.

“It’s better to ask the players, but that’s okay. I really think they are great. They have more to think about than management. However, it (a contract extension at Liverpool) is an important thing,” said the coach when asked about the impact of signing his new contract on Mohamed Salah’s future.

Salah is known to have been a key player behind Liverpool’s success since his arrival from AS Roma in the summer of 2017. He has occupied the throne as the Premier League’s top scorer this season, having scored 22 times.

The importance of Salah’s role at Liverpool made the club offer a new contract for the player at the end of last year. Unfortunately, Salah’s representatives flatly rejected the offer and refused to continue negotiations if Liverpool were unable to fulfill his client’s request.

Salah is actually one of the highest paid players in Liverpool. According to the Mirror report, the Egyptian player earns around £200,000 per week. However, when referring to other productive players in the Premier League, Salah’s salary is still lagging behind.

Salah was previously rumored to be getting closer to a contract extension at Liverpool. Reporting Liputan6.com in early April, the Egypt international was willing to lower his demands and renegotiate with the club.

However, in the interview that followed, Salah hinted that he was not sure he would extend his contract with the Reds. Even so, he is determined to continue to look professional and help the club win trophies.

“I can’t say yes, (and) I can’t say no either. I’ve said many times what I want. However, I cannot discuss contracts in depth at this time, because it is sensitive,” said Salah when asked about the possibility of signing a new deal at Anfield.

“It (the contract issue) doesn’t affect me, I’m very professional. I know what I’m doing, so I’m not bothered by it. I’m focused on the team, (trying to) win trophies and give everything for the club.”

Despite his contract problems, Mohamed Salah is still able to show a brilliant performance with Liverpool. He became an important player who helped the Reds crush Manchester United (MU) 4–0 in the Premier League match on Wednesday (20/4/2022) early morning WIB.

The victory made Liverpool still perched comfortably in second place in the Premier League standings. Jurgen Klopp’s squad is only one point behind Manchester City, who sits at the top of the standings with a collection of 80 points.

Furthermore, the result of the match against MU made the Reds’ troops carve a terrible record in the Premier League. Liverpool are the team that has scored the most goals against the Red Devils in a single season since entering the Premier League era.